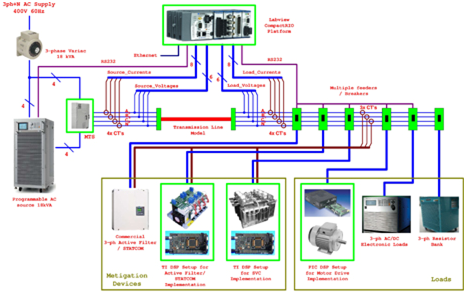 A laboratory-based QTS was developed from scratch in Control Systems and measurement laboratory at Systems Engineering Department, KFUPM, KSA.

A power system lab was designed as a utility plant in Electrical Engineering department of KFUPM. The main idea behind the design of the system is that we have one AC Power source which is considered as a utility, and different units, which are considered to be as the consumers. The purpose of the system is to monitor and measure the voltage and current, and to control the active filter. Load scenarios are created by using the power quality system in the laboratory. In these scenarios DC motor drive load, linear load and non-linear load fault are being considered. 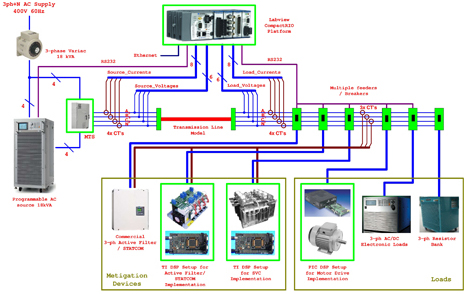 The author didnt add any Information to his profile yet