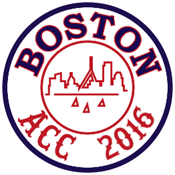 28 January 2016 | Haris M. Khalid
Our first control paper has been accepted by ACC, which is one of the top control conferences in the world. The title is “Pack-Level Current-Split Estimation for Health Monitoring in Li-Ion Batteries.” Congratulation to Dr. Haris Khalid, Dr. Qadeer Ahmed, and Professor Giorgio Rizzoni for contributing to this innovative work.This work further strengthen the collaboration with Center for Automotive Research at Ohio State University. The link to the paper will be provided after the conference in July, 2016. Below is the paper abstract.

Abstract: Due to the complicated structural hierarchy and electrochemical processes, lithium-ion battery packs are often monitored by numerous number of sensors. The performance of a pack is highly dependent on the health of these sensors. However, sensors may encounter faults due to manufacturing defects, external shocks or long exposures to high temperatures. A faulty current sensor in particular, may affect the estimation accuracy of the state-of-charge and state-of-health. This may cause the battery to suffer from charging and aging issues. Therefore, a scheme to monitor health of these sensors has been proposed. The first step is to estimate the current-split among parallel connected cells, followed by diagnosing the health of sensors to improve the overall performance of battery at packlevel. A median-expectation based covariance intersection diagnosis approach (MCIA) is proposed. MCIA evaluates the median of a possible set of values by calculating the covariance of the interconnected cell structure to estimate the current-split. This has been achieved by first deriving the median-based covariance intersection filter-based smoother for predicting the state vector of the current-split among cells. The scheme is further developed from the residuals of these estimates to isolate the faulty sensors. Performance evaluations have been conducted by analyzing sets of realtime measurements collected from Li-ion battery pack used in electric vehicles (EV). Results show that the proposed filter accurately estimated the battery parameters in the presence of temporary and permanent faults.

The author didnt add any Information to his profile yet